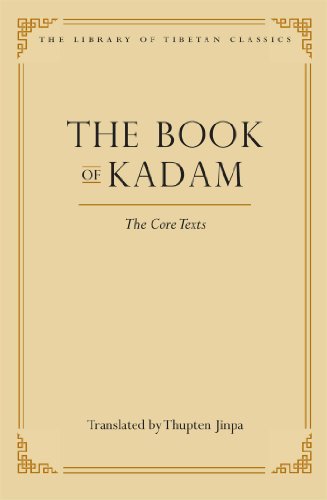 The Kadam school of Tibetan Buddhism emerged in the eleventh century from the teachings of the Indian master Atisa and his principal Tibetan student, Dromtonpa.

Although it no longer exists as an independent school, Kadam's teachings were incorporated into the four major schools of Tibetan Buddhism and are still prized today for their unique practical application of the bodhisattva's altruistic ideal in everyday life. One of the most cherished teachings stemming from Atisa and Dromtonpa is the collection of esoteric oral transmissions enshrined in The Book of Kadam.

This volume includes the core texts of the Book of Kadam, notably the twenty-three-chapter dialogue between Atisa and Dromtonpa that is woven around Atisa's Bodhisattva's Jewel Garland, as well as complementary texts that illuminate the history and practices of the Kadam tradition.